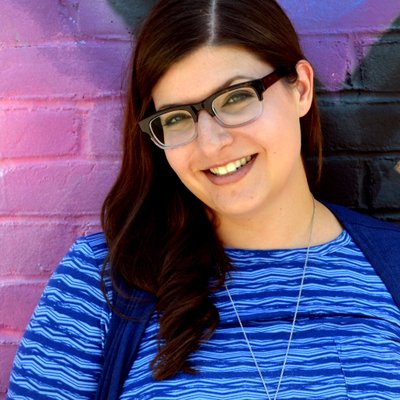 I’m a “front of the frontend” developer who loves the Jamstack, React, CSS (my favorite! 😍), and accessibility.

I’m a former panelist on the devchat.tv podcast React Round Up, and my agency work has been nominated for a Webby and 4x Awwwards. A site I developed in 2018 won the CommArts Interactive Award. I’ve also written for CSS Tricks.

How did I get here? The first line of code I ever wrote was for my LiveJournal theme. I had a college internship building Drupal and WordPress sites for nonprofits; a few years later, I was developing sites for Nintendo at an NYC ad agency.

As an agency dev, I saw firsthand how the Jamstack would revolutionize the web. I loved it so much that I joined Netlify in 2018, where I work on the React app that powers app.netlify.com.

In my spare time, I frequent the ReactJS Dallas and Women Who Code DFW meetups, volunteer at Jewish Family Service, teach ninth grade religious school, and hang out with my (chef) spouse and basset hound mix FBI Agent Burt Macklin.

I spend most of my time building, but every once in a while I say things.

Seeing my byline in CSS-Tricks was a lifelong goal, so I guess I can retire now?

Sometimes I write about tech and sometimes I don't. Proceed with... awareness.

In my past life, I was an agency dev working on client sites. Some won awards!